The World Design Capital project of 2014 made visible a very rich context of local inventors, tinkerers and innovators.  The spectrum spans everything from the lowest-tech repurposing of materials and parts, very often in the poorest communities; to the manufacturing of very sophisticated high-tech satellite parts and components, very often the output of post-graduate science and technology departments.

What both ends of the spectrum have in common, is the willingness and ability to engage with challenges and problems, and come up with extraordinary responses. The Sustainability Institute at Spier is an example.  Their innovations start in the soil, but then expand to a vision of the health and vitality of the local communities.  So innovation in our setting is not only around productivity of the agricultural sector, but also about the health of the community that lives in such close proximity to it.

Skills development is a key success factor in all of this – and very often the skills that are overlooked are in effect artisan skills: the fitters, turners, electrician and plumbers.  These skills are the building blocks for increasingly more complex problem solving. In early childhood development, the value of play-as-learning is critical.  Formal skills development is a national priority, but there are ways to do it informally and locally.

In the United States and Europe there has been a resurgence of interest and participation in DIY – getting your hands dirty to repair, repurpose and restore things, without going shopping to replace an item.  The resulting small-scale urban manufacturing sector has been credited for restoring the US’s manufacturing base, and sits under its economic recover.

Africa has always been good at this, and we all marveled at images like these:

So, enter the phenomenon of the of the “Maker Faire”: a Maker Faire is the Greatest Show (and Tell) on Earth—a family-friendly festival of invention, creativity and resourcefulness, and a celebration of the Maker movement. Part science show, part agricultural show, and part something entirely new, Maker Faire is an all-ages gathering of tech enthusiasts, crafters, educators, tinkerers, hobbyists, engineers, science clubs, artists, students, and commercial exhibitors.  All of these “makers” come to Maker Faire to show what they have made and to share what they have learned.  Making is evidence of learning!

The launch of Maker Faire in San Francisco in 2006 demonstrated the popularity of making and interest among legions of aspiring makers to participate in hands-on activities and learn new skills at the event.  A record 215,000 people attended the two flagship Maker Faires in San Francisco and New York in 2014.  155 Maker Faires were produced around the world in 2015, including in Cape Town.  This year it will take place again, at the Cape Town Science Centre (26 – 28 August. http://capetown.makerfaire.com)

A municipal government’s key innovation role is to create support for the spaces that enable this kind of early-innovation, as I call it.  A municipality has the unique ability to convene people around new ways of thinking about the quality of life in village.  The space may be like the LaunchLab at the University of Stellenbosch, or presenting accessible, informative events like Maker Faires.  Shared working spaces are producing results elsewhere – it is time more of these are created in Stellenbosch. 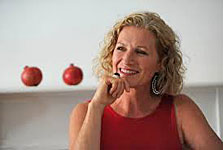