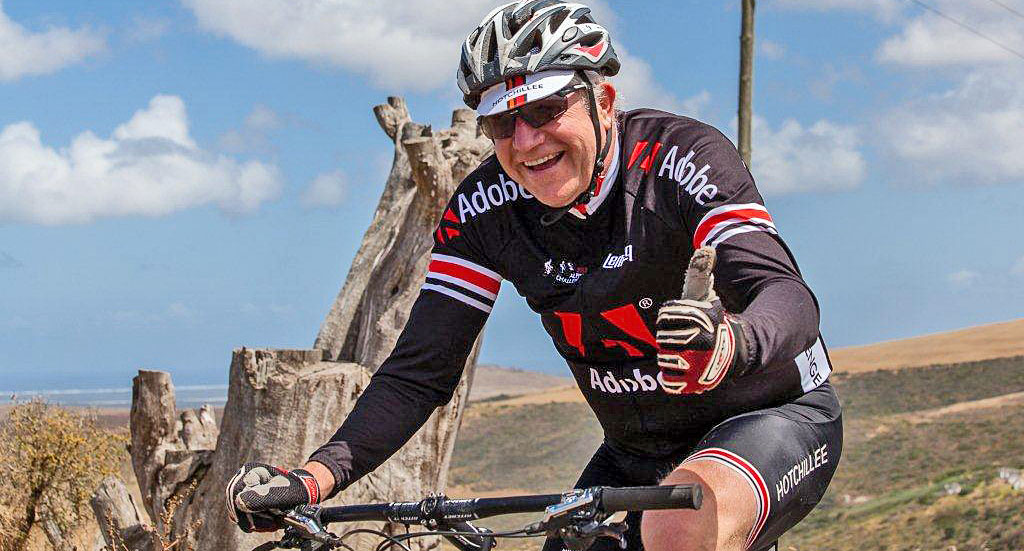 Everyone seems to agree that there isn't another Provincial Minister/MEC anywhere in South Africa that has grown into his position better and more effectively than Alan Winde, the Western Cape's Minister for Economic Opportunities.  And everyone who has had any dealings with him comments on how easily accessible and responsive he is.  Top of the list here is for the swift responses from his Red Tape Reduction Unit, established to cut through bureaucratic Red Tape.

He is refreshingly different to all other MECs in SA.  He was an avid cyclist in his younger days and owned a cycling shop in Knysna.  He stopped when his brother and a friend were killed by a car while cycling.  When Helen Zille decided the provincial cabinet should cycle from Plettenberg Bay to Cape Town, he started training for that trip and hasn't stopped cycling since.

He moved into new offices earlier this year -- behind a shopfront on Cape Town's Long Street.  There is no security at the door... it is accessible.  How many of SA's politicians are that accessible?  Even worldwide, that number will be tiny.  His office is open till 9pm on #FirstThursdays (the first Thursday of every month when CBD businesses stay open late) when different estates offer wine tastings.  He hopes to attract other politicians and heads of departments so that the public can resolve a range of issues quickly and socially.

Ministry of Economic Opportunities... a shopfront

Straight off the pavement!  Ready for #FirstThursday 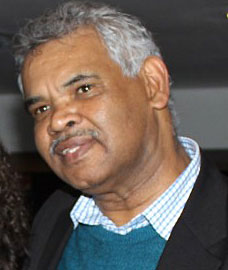 Solly Fourie, Head of Department of Economic Development & Tourism | Photo: Judy Bryant When I attended April's #FirstThursday, I met Solly Fourie, the head of economic development & tourism, and learnt that he doesn't have a PA. "People do their own typing these days," he said.  Which reminded me of the City Sightseeing's Claus Tworeck saying he doesn't have one: "they're just a time-waster," and phoning Ken Geeling when he was chairman of Shell... and being put straight through to him from the main switchboard.  Alan's lead is slowly filtering through the big provincial bureaucracy.  Someone from province's Public Works department who was also there told me how their focus is to slowly replace people with those who are solutions-driven with a can-do attitude.

Alan Winde is driven by numbers and, at the moment, the most important number he's chasing is the reduction in the Province's unemployment figures.  For SA as a whole, that number is 24.5%.  His target for the Western Cape was to get it below 20%.  In January 2016 it came in at 19.4%.

He entered politics for the Democratic Alliance in 1996, joined the provincial legislature in 1999, spending 10 years in opposition before joining Helen Zille's cabinet in 2009 as provincial Minister of Finance and Economic Development & Tourism.  They were so focused on winning the Western Cape that they didn't have plans in place to govern and manage their departments, and Alan got off to a wobbly start.  CapeInfo challenged his tourism plans (or, more accurately, rehashed tourism plans prepared by his department) in 2010.  Over 80% of CapeInfo's readers responded that he should go back to the drawing board!  Piqued by my criticism, his staff blocked me from meeting him.  It was only when we bumped into each other at the 2010 Indaba in Durban that he immediately agreed to sit down for our first interview.

What prepared him for the job is the fact that he is an entrepreneur, having started ten businesses before entering politics.  But that didn't prepare him for the realities of dealing with a big, slow-moving bureaucracy.

Since then, he's hardly put a foot wrong and has taken the Western Cape brand forward as the preferred province in South Africa -- for tourism and business.

Following problems and challenges in agriculture, he took over that portfolio after the 2014 elections, giving up the prestigious Finance ministry.  The name of his ministry also changed to "Economic Opportunity" reflecting the wider focus.  I'm still to be convinced that the Department of Agriculture located at Elsenburg outside Stellenbosch are quite up to speed on this new focus.

After premier Helen Zille introduced the province's game changing plan in her 2015 State of the Province address, Alan introduced the details of this plan in Project Khulisa (= Grow).  This was focused on:

I've been sceptical about just how game-changing these plans are until I spoke to Alan and Solly recently.  The Project Kulisa web page does give much of a clue and was last updated on 22 April 2015 and contains no update links.

(Responding to a criticism, I was interested to learn from Alan that province closed its central government information unit, because it was a bottomless pit for funding.  Bronwynne Jooste, Alan's spokesperson, must be one of the most efficient media liaisons anywhere!  It's somehow what one expects of him now.  But packaging of information coming out of province as a whole leaves much to be desired.  My experience with the Department of Environmental Affairs & Development Planning leaves me wondering if there is intelligent life in its communications department.)

One of the aims for Oil & Gas is to make Cape Town and the Western Cape more independent of Eskom and its price increases.  What is a game changer is the fact that the City of Cape Town has been able to sign agreements with new industrial investors which guarantees that there will be no load-shedding, based on its own supplies of electricity. In a toss up between Gauteng and the Western Cape, where would you locate a new factory?  The City also ensures all electricity users have less load-shedding than the rest of SA.

In line with the aim to make the Western Cape a global green hub, Alan is particularly delighted by the fact that GreenCape has secured about R17 billion of green investment over the past five years.  Again, one doesn't learn much from their website but they provided the following video that sort of shows their projects.

That is  something to crow about and we will find out more in another interview.

Another figure to crow about is business confidence.  The Western Cape has outperformed all other provinces over the past 12 months in terms of the total building plans approved (m²).  (Source: StatsSA)

And, after over 10 years of annual conferences on Airline Access to Cape Town International Airport, with nothing to show for them, Wesgro's new CEO Tim Harris has taken the lead.  After 6 months of exploring the options, they formalised it as a project and put out a tender for project management.  That ended last month and Paul van den Brink, an aviation expert from Amsterdam, has been appointed the Air Access project manager and new flights and routes are beginning to appear.  CTIA is growing in importance as a hub.

With Alan's target of growing the number of cycling tourists to the Western Cape to over 100,000 a year, Wesgro is also driving the cycle route from Plettenberg Bay to Cape Town. "Our aim is to position the Western Cape as the Cycling Capital of Africa. By the end of March next year, our goal is to have completed the track between George and Plett. As part of this process, the signage, which complies with international standards, will be erected. We’ll also complete an audit of accommodation, existing cycle tracks and bike shops. Part of our strategy will include launching the route through an international event," he says. 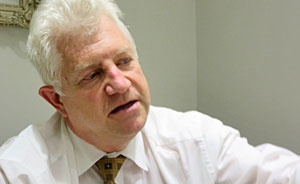 Changing attitudes and finding the right people to drive the right projects takes time, especially in large bureaucracies with constraining regulations and political agendas.  No-one in the Western Cape's provincial government has walked the talk as much as Alan Winde has.  He says he is more accessible than anyone else, and he is correct.  He qualifies that saying that it comes with a price, and the citizens of the Western Cape should be grateful that is he prepared to pay that price.  Citizens of other provinces can just look on in envy.

Along with Education, his departments are by far the most important, and together they provide the impetus of opportunity to make the Western Cape stand out from the rest of South Africa.