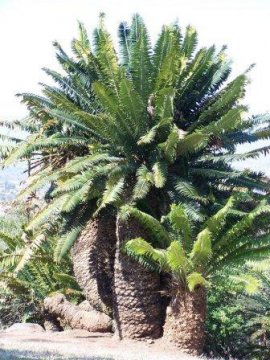 Route 71 takes you from the capital of Limpopo, Polokwane, to Phalaborwa, on the border of the Kruger National Park.  The entrance to the park is, in fact, only about 100m from the town. It's a short drive in total, only 204km. It offers striking scenery of vast contrast... highland and lowland... forest and savannah... cool and moist... hot and dry.  The elevation ranges from 500–2,000 metres.

You can fly direct to Polokwane on schedled flights and rent a car for your trip.  The distance from Polokwane to Haenertsburg is 58km.  The route passes Zion City at Moria where millions of pilgrims gather every year, and rises into the mountains of Magoebaskloof.  This is where the Drakensberg ends.  The next stop is Tzaneen, about 39km away, if you don't get waylaid by magnificent forests and gorges, or the renown cheesery and gardens.  And then it's another 104km to Phalaborwa.

It embraces the "fruit basket" of South Africa, one of its most productive regions, and the biggest concentration of game ranches in southern Africa.  The Modjadji Cycad Reserve is the largest concentration of a single cycad species in the world. It has the second largest baobab tree in the country, the largest remnant of indigenous forest in the country, mountain grasslands and spectacular views.

Filters
Showing of results. Ordered by
To view more results zoom in to a specific location.
Adding markers to the map ...

The Capricorn – Letaba birding route (Route 71) stretches from Polokwane in the west to the Great Letaba River beyond the Letsitele valley in the east. The route runs just a few degrees south of the Tropic of Capricorn, mainly along the R71 road which links the towns of Polokwane, Haenertsburg, Tzaneen and Gravelotte. An interesting geographical feature of this route is its varying altitude. Polokwane lies on a plateau at approximately 1300 m.a.s.l. The route then drops down into the lowveld where the altitude is approximately 480 m.a.s.l. at the Letaba River. These extreme variations in altitude result in a great range of vegetation types within a relatively small area. It is within these diverse habitats that over 599 bird species are to be found.

The open thornveld habitat of the Polokwane plateau supports a great variety of both Bushveld and Kalahari-type birds.

Typical species here include Crimson-breasted Shrike, African Wren-Warbler, Short-clawed Lark and Black-faced Waxbill. Just before reaching the foothills of the Drakensberg and Wolkberg Mountains. One passes through the outcrop-strewn Mamabolo Bushveld. These granite inselbergs hold many rock-dwelling species including the northern-most population of Southern Bald Ibis.

In the Northern Drakensberg and Wolkberg sections of the route, birders enjoy vast tracts of montane grassland, which is Blue Swallow territory and houses other sought after species such as Broad-tailed Warbler, Croaking Cisicola and Drakensberg Prinia. The afro-montane forests of Woodbush and Magoebaskloof offer amongst the best forest birding in the country with specials like Brown Scrub-Robin, Black-fronted Bush Shrike, Barratt’s Warbler, Yellow-streaked Greenbul, and Orange Ground Thrush. While the eastern lower slopes and valleys of Magoebaskloof provide reliable sites for the elusive Bat Hawk and Green Twinspot.

The Tzaneen area is well known for its sub-tropical fruit industry and the interesting mix of lowland habitats here support a wide range of species including Gorgeous Bush-Shrike, White-browed Robin-chat and Purple-crested Turaco.

The Lowveld region around Letsitele and along the Letaba River has habitats including Mopani Woodland where Arnot’s Chat is resident. There are many lowveld rivers with their associated riparian forest habitats where the likes of Greater Blue-eared Starling, Red-billed Buffalo-Weaver, Retz’s Helmet-Shrike and Thick-billed Cuckoo can be found. This is also one of the prime raptor areas in the region.

The area south of Phalaborwa is game reserve country, so why not  explore further.

Month of visit
June
Year
2015
Companions
Family
Liked most
Weather is fantastic! Friendly people, excellent service wherever you go!
Do you recommend this to others?
Yes

Are you a
Local