As a site of living heritage and a national and international symbol of political imprisonment, Robben Island holds strong symbolic associations for humanity. The site is a universal symbol of hope, solidarity and transformation, a site of spiritual reflection, healing and pilgrimage. As such, it offers a world struggling under social injustices and intolerance, an example of the indomitable nature of the human spirit.

The significance of the Island can be described as follows:
"While we will not forget the brutality of Apartheid, we will not want Robben Island to be a monument to our hardship and suffering. We would want it to be a triumph of the human spirit against the forces of evil. A triumph of wisdom and largeness of spirit against small minds and pettiness a triumph of courage and determination over human frailty and weakness, a triumph of the new South Africa over the old..." -- A. Kathrada 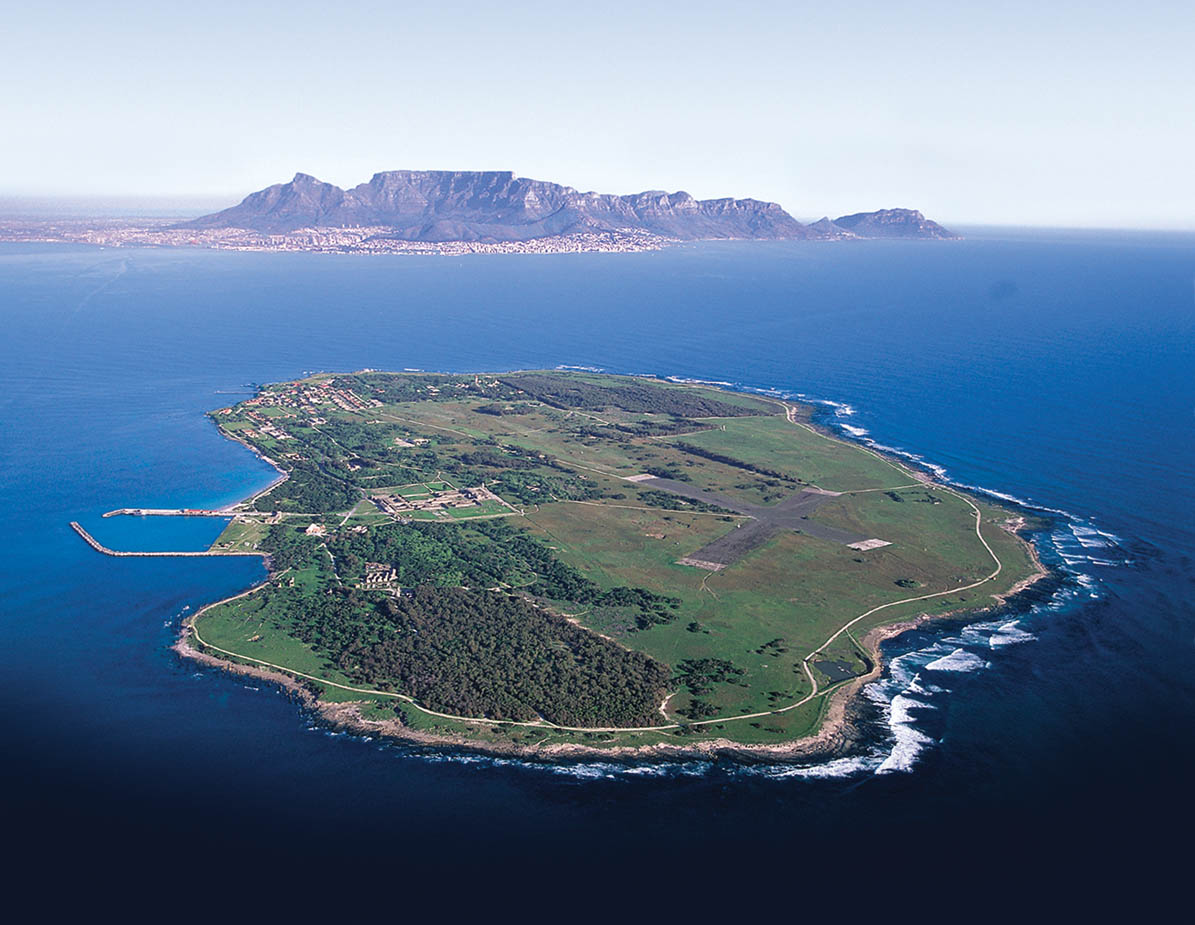 Banishment, forced labour, imprisonment, isolation, and resistance to these civil rights infringements, are inscribed on the history of Robben Island over more than three centuries. Its cultural and natural landscapes, its views and vistas and the memories it holds, bear eloquent testimony to the physical and psychological hardships endured by those held on the Island during centuries of colonialism and apartheid.

Yet it is the resilience, struggles and fighting spirit of the people of South Africa - interwoven with those of Africa and the world - and the triumph of liberation and democracy, that constitute Robben Island's universal significance.

Robben Island has come to symbolise, not only for South Africa, or even the African continent, but also the entire world, the resilience and the eventual triumph of humanity over enormous hardship and adversity. The Island represents a place of trauma and suffering by many, and as such it is a catalyst for healing. The existing quarries, prisons, WW2 gun emplacements, infirmaries and the remnants of the demolished leprosaria and seventeenth century gardens are evidence of Robben Island's long history of human habitation through difficult periods and great challenges.

The spatial relationships between the precincts - historically dividing the sick from the healthy, men from women, black from white, prisoners from free - provide a tangible reference point to ideologies of separation and division, bringing out what can be described as the worst in humans.

Alien fauna and flora introduced over time form part of the complex construction of the Island as a cultural landscape of extraction and destruction as well as construction.

Human graves, both marked and unmarked, create a vast, largely uncharted historic layer below the surface. These elements, collectively, bear testimony to Robben Island's layered history and multiple voices. The layered history further mirrors, in microcosm, the history of colonialism and apartheid in southern Africa, and the struggle against the same.

Robben Island is described as a 'university of life' through which strategies for a future society based on tolerance respect and non-racialism were nurtured and implemented. The emphasis on education, on debate and on lifelong learning is testimony to the fight for justice and education and is key to Robben Island's role as a heritage site and its human rights discourse. It demonstrates the role of education in the championing of human rights and the creation of a just society. It creates a space of contestation and dialogue that is the ingredient of a democratic society.

Robben Island's tangible and intangible resources, its oral histories, documentary evidence, collections, structures, artifacts and landscapes hold the potential to provide a complex, rich interpretation of this world heritage site, its interconnections with other sites and its associated values.

In the words of ex-political prisoner Walter Sisulu:
Robben Island's notorious history as a place to which so-called undesirables of our society were banished should be turned around into a source of enlightenment and education on the dangers of myopic philosophies, social and economic practices whose primary and sole objective is the oppression of one group over another ...

While the universal significance of Robben Island can be summarised as above, it is also recognized that the natural environment provides the context in which the cultural dimensions evolved. Robben Island is itself environmentally a component of the Cape Floristic Region, and has been separately listed as part of the Cape Floral Region Protected Areas World Heritage Site.

THE HISTORY OF ROBBEN ISLAND

INTRODUCTION
Different authorities in different periods used Robben Island for different purposes. Many of the authorities used the Island to banish, isolate and imprison people. Many of the people resisted their ill-treatment in similar ways. In this chapter we discuss how the themes of repression and
resistance repeat themselves throughout the layered history of Robben Island.

PRE-COLONIAL ERA
An ancient mountain Robben Island was originally part of the mainland. It is really the peak of an ancient mountain, most of which is now underwater. Twelve times over the last 700 000 years, rising and falling sea levels changed the shape of this peak. The most recent change happened after the last Ice Age, about 12 000 years ago. At this time the sea level rose and created a channel between the Island
and the mainland.

Archaeological findings
Archaeologists have found three pre-colonial archaeological sites on Robben Island. Two of thesesites are close to each other to the west of the MSP, and contain stone tools. The third site is below ground level and is in the northeastern area of the Island. It contains fossilised mammal
bones of Eland and Rhebok, which are now extinct.

First recorded landings on the Island
The first records of ships coming to Robben Island are from 1498, when Portuguese sailors stayed overnight in a cave. Other records show that there were thousands of seals, penguins and tortoises on the Island. From 1503 sailors killed and ate many of these animals. This began Robben Island's role as a source of fresh food for sailors on their way to the East Indies, or coming back from the East Indies. In the 1600s sailors left sheep to fatten on the Island's grass and shrubs. At this time people usually stayed on the Island for short periods only.

Robben Island as a place of imprisonment
Within a few years the Dutch found a new role for Robben Island. They used it to imprison opponents of the Dutch East India Company or Vereenigde Oost-Indishe Compagnie (VOC) from both the Cape and the East Indies. The earliest recorded prisoners were slaves and POWs brought from the East Indies in 1657. In 1658 they were joined by the earliest indigenous (local) prisoners - Autshumato, a leader of the Khoi, and three other prisoners. Common law prisoners were also imprisoned on the Island. They were forced to cut stone and mine lime. This was then used to build some of the early buildings in the Cape. Later, prisoners also burnt shells for lime, lit the signal fires, and looked after the company's sheep. After 1722 the VOC started fighting for control of the East Indies and they exiled more and more Muslim resistance leaders to Robben Island. These leaders were not forced to do hard labour and had certain privileges, although the general Muslim prisoners were forced to work.

Muslim influence
The imprisonment of Muslim leaders left a lasting mark on Robben Island, on the people of the
Cape and of South Africa. We can still see evidence of these leaders in: