Many bridges to span

Ever since the 2010 FIFA Soccer World Cup, the sight of Table Mountain, flanked by Devil’s Peak and Lion’s Head with Signal Hill and the eye-catching Cape Town Stadium resting at their feet, metres from the ocean, has become a quintessential image of the Mother City. Used around the world to illustrate or identify stories of Cape Town, this image has become iconic within a relatively short time. And while it does make a pretty picture, this beauty is only half of the tale.

Indeed, it is a view from which many Capetonians remain excluded – due to entrenched inequality and access. Perceptions of race and exclusion with regards to Cape Town are still grave. I have personally grown tired of breathlessly defending the city to disillusioned ex-Capetonians or professionals of colour who have relocated to the city and have had a hard time acclimatising. Even after twelve years of living here, people constantly assume that I must be from Johannesburg, as how else can a black woman be shopping where I shop, eating where I eat and frequenting the places I do?

Painting pictures
Recently, I was taken to task by a young woman, another ex-Capetonian, who challenged the images I presented of people from various backgrounds socialising together in the public and private spaces of the Cape Town CBD. “Are they posed?” this woman asked, and although this was question was couched as a joke, I don’t think that she was joking.

Since our conversation in March, my interlocutor’s wry comments have come to me from time to time. It is one thing for me to talk about “an inclusive city” but at the same time, I’m aware that this is a goal in many instances rather a reality, and that the posts are constantly shifting. Never before in recent years has the divisions in our country been brought home to me than in 2016. And these divisions are growing as more and more names are added to the rogue’s gallery of racists and their ilk.

Drawing maps
With these realities in mind, I recently came across a series of maps created by Statistics South Africa. Based on occupancy details from the 2011 census, the maps detail racial segregation, and in some cases integration, in the country’s largest municipalities. The maps show that although the six major municipalities have become more integrated, the trenches between them are incredibly hard to cross. According to Statistics South Africa, the maps show that “the legacy of apartheid still has a hold on the social structure of South African urban space.”

From these maps, what stands out for me is how integrated Cape Town’s city centre is, which is testament to the work that the Cape Town Partnership has been doing over the last 16 years. This is also a motivation for the organisation to expand our reach to other parts of the metropole, beyond the CBD. The biggest challenges remain affordability of housing and transport, and also access, in the form of safe and reliable public transport.

Lessons learned
We’ve learned several lessons during the course of our 16-year history. As the CBD recovered, property prices increased, the area received billions of rands of investment but it was becoming very apparent that an island of prosperity was surfacing in a sea of need. While many parts of Cape Town have transformed over the last few years, others are still living in apartheid era realities; divided and disconnected from this evolution.

Thinking of a city as an economic engine or an interconnected system helped us to get the city functioning and to spur investment in the area. Under this paradigm, people were regarded more as users or consumers, than the creators of the city. Today, we regard cities as places of “concentrated humanity”. A city is more than just its streets and buildings: it is defined by the interactions that occur in the spaces and places between them. People bring vibrancy, life and personality to a city. As such, our current work revolves around putting people first, allowing opportunities for dialogue as we work towards making the city an inclusive space for all, through participation and people-based placemaking.

Tabulating benefits
We are constantly tailoring placemaking programmes to make Cape Town a people-friendly city. Over the years, we’ve introduced several interventions: established in 2006 to unlock the potential of the creative and knowledge economies, Creative Cape Town is our longest-standing programme. Initially focused on networking and knowledge-sharing events, Creative Cape Town has now grown into a 90,000-strong virtual community. City Walk is a newer programme, but one that takes it role as a storytelling route very seriously. The March 2016 installation of Cape Town’s first solar-powered Isabelo Smart bench that allows passersby to share Internet access, USB charging points and offers a space to sit and more. Since its 15 March installation, to date, the Isabelo bench has connected more than 4,400 users, with an average of just under 800 unique users per month.

However, as much as we tout the social cohesion benefits of placemaking and the greater good for society as a whole, there are concrete economic benefits too. Placemaking drives an area’s development, it builds equity in property values, increases the tax base, helps with talent attraction and retention, promotes entrepreneurship and small business development, supports local communities and enables transit and transit-oriented development.

It’s important to note that the lessons we’ve learned as an organisation are replicable. Stellenbosch has long been a town that fascinates me. The municipality is comprised of different towns and villages and the university is an interesting anchor too. The history and memory of Stellenbosch is interesting, but during the past year or so, I’ve been reminded that this history is fraught and in some ways remains so. However, I believe the municipality is ripe for change, there is so much potential for placemaking activities in the CBD in particular, and meeting each other in public spaces is always a good formula for bringing people together. 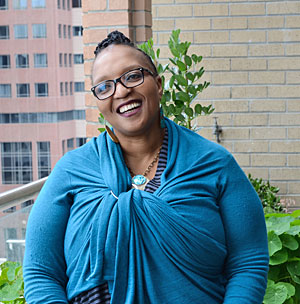 Bulelwa Makalima-Ngewana
CEO of the Cape Town Partnership, an organisation tasked with managing, developing and promoting Cape Town’s broader city centre, Bulelwa Makalima-Ngewana is a qualified town planner with extensive experience in managing and coordinating public-private partnerships. Prior to her appointment to the CEO position in 2012, Bulelwa worked in a number of senior roles since joining the Partnership in 2004.

Bulelwa regards herself as a collaborative urbanist who strongly believes that cities are for people. She campaigns for city development strategies that put people first. A sought-after public speaker, Bulelwa serves on the board of several local and international boards.